Associate
Scott Franson is an Associate with Calfee’s Energy and Utilities practice.
sfranson@calfee.com
317.308.4272 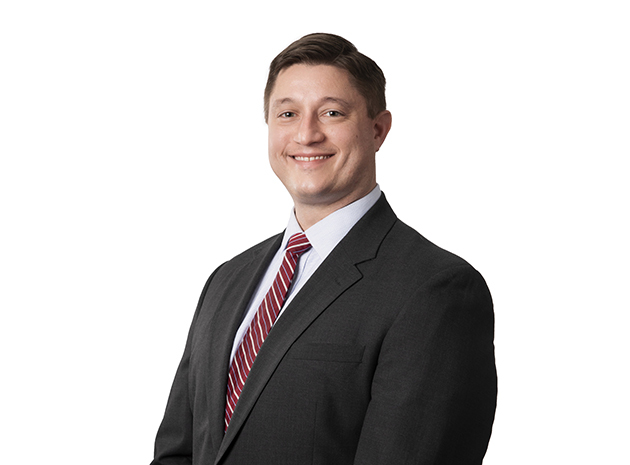 Prior to joining Calfee in 2022, Scott gained significant experience as a Deputy Consumer Counselor for the Indiana Office of Utility Consumer Counselor. There, he developed legal strategies for utility cases and advocated for and represented the interests of ratepayers in proceedings before the Indiana Utility Regulatory Commission. He had responsibility for all aspects of utilities cases, including cost of service, rate design, return on equity, revenue requirements, financing and environmental issues. Scott handled cases involving a variety of topics and utilities, including electric, natural gas, water/wastewater, municipal, thirty-day filings, investigations, and other matters before the Commission. Scott advised the agency on new and complex issues involving statutory changes.

In addition, Scott drafted briefs, motions, proposed orders, and other required documents, and he conducted cross examinations and depositions of witnesses. He managed the discovery process and prepared and presented witnesses and exhibits in utility proceedings. He was responsible for appellate proceedings.

Scott became well-versed in advising agency leadership on the impacts of cases, laws, and legislation to aid in the development and execution of agency policy and legal strategy. He also negotiated on behalf of the agency with utilities and other intervening parties.

Previously, Scott worked at the Indiana State Budget Agency, serving as Senior Budget Analyst. There, Scott conducted analysis on proposed rules, regulations, and legislation to determine impact on agencies. In addition, he advised several government agencies in creating budgets, reviewing contracts and leases, and establishing new procedures for both financial and administrative functions.

He served as a Law Clerk with Cohen & Malad in Indianapolis during law school.

Scott earned his J.D., from Indiana University School of Law in 2007 and his B.A. in Computer Science, with a minor in Religious Studies, from DePauw University in 2002.